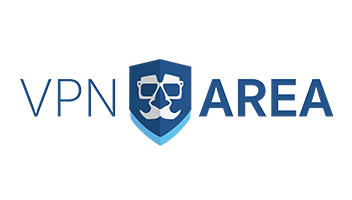 VPNArea is one of the less popular VPNs on the market today, but it does have an inviting reputation. Based out of Bulgaria, it is owned and run by Offshore Security LTD, a European firm with its servers and emails domiciled in Switzerland. This immediately places it as one of the VPN front-runners in terms of privacy.

Since the turn of the year, VPNArea has set out to challenge the top contenders in the VPN world with marked improvements in areas of their service. It offers top of the line features in privacy and security, while being one of only a few providers to offer dedicated IP addresses.

But is VPNArea worth your investment? Should you really splash out on this VPN? In this in-depth review, we take an unbiased look at VPNAreas unblocking capabilities, as well as its security, privacy, speed, pricing, and all-round performance.

Before we provide answers to these questions, let us consider some VPNArea pros and cons:

To ensure VPNArea is worth the investment, we tested out its servers in different locations, from our location in the UK. While this isn’t a VPN that produces lightning speeds like our best performing VPNs, it performs well above average for VPN speeds.

During our connections to a London test server, from our physical location in London, we got the following speed results during our tests:

Before connecting to VPNArea:

When connected to VPNArea:

Before connecting to VPNArea:

When connected to VPNArea:

Tests on UK servers were expectedly top performers at an average of 50 Mbps, about a 20 Mbps drop from our standard connection speeds. When switching to servers all the way in the US, the speeds dropped slightly to an average of about 37 Mbps. And connections to servers all the way in Australia (which are notoriously slow due to their long distance out), we still managed to hit about 10 Mbps, which was fair.

However, we noticed that ping times could be frustratingly long at times. On many occasions, we had ping times of as much as 20 seconds. Some servers also seemed to always fumble when you connect to them, failing to establish any connections after long waits.

Still, we found enough servers to give us decent speeds, and burst speeds could sometimes hit as much as 70 Mbps. We also noticed that the servers were hardly ever overcrowded, meaning our average speeds for servers that connected remained steady even during peak hours.

Over 100 servers spread in 65 countries

VPNArea has one of the smallest server networks of any VPN we tested. However, this compact server network is hardly an issue. One of only a handful of VPN providers to totally adopt the static IP model, VPNArea ensures your internet activity is hardly ever flagged as coming through a VPN. Your static IP is shared by a handful of people too, meaning no activity on there can be traced back to you. And this comes at no extra cost.

In addition to a static IP address, VPNArea has an auto-IP change feature that allows you determine if you’d like your IP to change from time to time. You’d also be able to select how frequently you want this change to happen.

VPNArea also offers the opportunity to own a personal IP address. This means that you’d never run into blocks that originate due your IP being flagged. What is more, its dedicated IP option is one of the cheapest on the market at only $20/year. According to the VPN, you also get a private server as a complimentary feature of your payment. However, it was not exactly possible for us to verify this.

For VPNAreas owners, this is far from their first foray into VPN provision. Thanks to that previous experience, they’ve been able to put together a VPN that ranks top for security and privacy. VPNArea is able to unblock any and every website from any location, including China.

Our leak protection test while using the VPN also came out tops. We tested for both DNS leaks and IP leaks, including IPv4 and IPv6 leaks, and found no leaks. There were also no WebRTC leaks on any of the servers we tested. This means that youve got no issues while surfing the internet, and have no chance of your original IP address being exposed which could compromise your security and its unblocking capacity.

For more complex locations like China, Russia and Iran, VPNArea provides users with a Stunnel feature. This obfuscation technology enables it mask VPN traffic to resemble regular SSL traffic, allowing your requests to go through unhindered. This ranks it amongst the best VPNs for bypassing censorships.

Although it no longer has a dedicated server for unblocking BBC iPlayer, it regularly unblocks it from all of its UK servers. This means you can stream your favorite British TV from outside of the UK without stress.

But VPNArea doesn’t just work for those two. We were successfully able to unblock everything from Disney+ to Amazon Prime Video, US YouTube, and more. It also successfully unblocked rarer streaming services like Italian SkyGo, Italian Netflix, and RTE Ireland.

When it comes to unblocking capabilities, VPNArea ranks closely with some of our best ever VPNs like ExpressVPN and NordVPN. It also seems to continue to expand the services its able to reach, listening to the demands of customers and acting accordingly.

VPNArea claims to support torrenting on all of its servers. And while we couldn’t test this all out, we found that its dedicated P2P servers worked superbly for torrent downloads. With the level of security it provides, we are also confident the wrong persons weren’t finding out about our activities.

VPNArea does not keep any logs whatsoever of your online activities. They neither record nor store your login dates, timestamps, or IP addresses. And while were yet to find any records of a third-party verification of these claims, we’ve yet to hear any news to the contrary either.

This firm zero-logging policy is a delight to the privacy conscious individual. More than this, VPNArea also says it wont be giving up even the most minute of data except it has fought rigorously in the courts and lost. So far, though, we’ve yet to hear of any such requests.

Based out of Bulgaria, with servers safely stashed away in Switzerland, VPNArea is located in renowned-privacy havens. They are out of the reach of the 5 and 14-Eyes Alliances of the UK and US. This is hugely encouraging, giving even more credence to its zero-logging policy.

When I first got to VPNAreas website, my thought was: calming. The website is so neatly laid out that finding what you need isn’t difficult. You’d easily find an FAQ section dedicated to answering likely questions you might have. Signing up is also easy, with ONLY your email required for sign up. Of course, this could be a burner email so long as you can get in and confirm your account.

Its app support is also quite impressive. VPNArea has native clients for Android, iOS, Linux, Windows, and macOS. The mobile apps appear much easier to navigate than the mobile apps. However, connecting to a server was ridiculously easy.

You’d find recommendations for servers to use for various services including Hulu, Netflix US, and Amazon Prime Video on the dashboard. You’d also find recommended settings there for those looking to break through the great Chinese firewall. This is superb for its ease of use as it doesn’t leave you guessing at all.

Other important server groupings on your dashboard include Recommended for the fastest servers; P2P Torrent for the best torrent-friendly servers; Favorites for your most frequently used locations; and Special for servers that host its Stunnel, DoubleVPN, and stream unblocking features.

Other features we found important included the search button that lets you search for particular servers or services. You’d also notice a Settings area that lets you tweak and change your options.

You should note, though, that the mobile apps pale in comparison to their desktop counterparts. The iOS client in particular doesn’t have a kill switch, and implements IKEv2 encryption by default.

VPNArea has a responsive support system that enables you navigate any difficulties you may encounter. The FAQ section on the website is perhaps the most accessible support system you’d find, with detailed responses to questions. The website also provides installation guides for different devices.

Website visitors have access to its 24/7 live chat support, which allows you discuss with their friendly and knowledgeable support agents. Subscribers may also send in their queries using a ticket system. Should you ask a highly techy question on the live chat, you may be referred to the ticket system for your response.

In all, their customer support system looks to be well run. And if you’re on social media – Twitter and Facebook in particular – you could drop your questions with them there and you’ll be attended to.

Like most premium VPNs, VPNArea has multiple payment plans. None of these have any different or better features than the other. However, the cost of upfront payment differs with the length of your purchase.

VPNArea also allows up to 6 simultaneous connections on you various devices. Impressively, its just about the only VPN that expressly allows you share your subscription with family and friends as clearly stated on their website. This makes your plan more flexible than other providers that forbid subscription sharing.