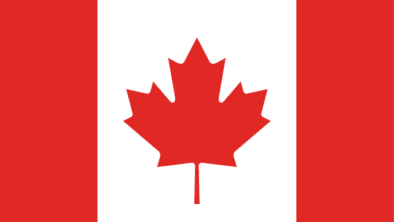 In the past few years, the Canadian government has passed a number of strict cybersecurity laws in an effort to combat terrorism. These laws have empowered the government in such a way that many believe infringes their right to privacy.

In addition to privacy concerns, an increasing number of internet users in Canada are frustrated over content restrictions. A VPN can help in both cases. it can protect your privacy against the prying eyes of government agencies and even criminals, and unblock restricted online content such as those available on streaming services.But with loads of VPNs in the market, how do you determine the best choice for Canada?

This guide discusses the best VPN services of 2022, and the features that make them great options for Canada.

CyberGhost was originally developed in Germany Before the VPN provider relocated to Romania. With over 140 servers in Canada and more than 500 in the US, CyberGhost guarantees good and reliable connections. The VPN is feature-rich and is compatible with all major devices and operating systems. For desktop users, however, the VPN’s appearance is a bit irritating and would do with an improvement.

CyberGhost unblocks streaming services like Netflix, BBC iPlayer and Amazon Prime Video. Security and privacy-wise, CyberGhost uses AES-256 encryption for all the standard protocols and their privacy policy is transparent. They do not log any user activities.

Asides the expensive monthly plan, CyberGhost is generally affordable and offers a 45-day money-back guarantee. The three-year plan offers the best value for money, as it comes at $2.75 per month.

ExpressVPN ticks literally every box required of a VPN. And even exceeds certain requirements and expectations. The VPN maintains hundreds of servers dedicated to Canada, with server locations in Toronto, Montreal and Vancouver. Our tests revealed that it offers excellent performance levels, with reliable speeds that were up there with some of the best VPN services out there.

ExpressVPN has a lot of native apps designed for the popular platforms and devices. The mobile apps are some of the best as they are easy to use and optimized for speed. In terms of security, ExpressVPN protects your data with AES-256 encryption and uses the ultra-secure OpenVPN protocol. Privacy-wise, the strong logging policy means that ExpressVPN does not log web traffic data or any sort of online activity.

ExpressVPN also has other amazing features such as a kill switch (known as “network lock”), a DNS leak protection, and split tunneling. The VPN easily unblocks streaming websites that most VPNs cannot access, including Netflix, BBC iPlayer, Hulu, Amazon Prime Video, and HBO. ExpressVPN apps are available for Windows, Android, MacOS, iOS, Linux, and some routers.

NordVPN is another excellent VPN option for Canada. It is a Panama-based VPN service, and is well regarded for its strong logging policy. NordVPN also has apps for all popular operating systems and devices. Feature-wise, it offers Tor over VPN servers, double VPN servers, and advanced protection against leaks.

While NordVPN doesn’t offer quite the same performance as you’d get with ExpressVPN, it is still a great option with fast speeds. It has over 5,200 servers in its network spread across 61 countries, as well as servers optimized for specific uses.For instance, there are servers dedicated for ultra-fast streaming and anti-DDoS.NordVPN also unblocks US Netflix, BBC iPlayer, Amazon prime Video, Hulu, among other streaming services.

In terms of price, NordVPN is one of the best options in the VPN space. the three-year subscription plan is currently available at $2.99 per month, making it one of the best cheap VPNs in the market today. NordVPN apps are available for Windows, Android, MacOS, and iOS.

In terms of security and performance, VyprVPN ranks top in the VPN space. In recent times, the VPN provider has become a vetted zero logs service, with full independent verification audit. It is also headquartered in Switzerland, one of the best jurisdictions for privacy in the world.

VyprVPN uses the OpenVPN protocol and AES-256 encryption, making it a very secure VPN for users in Canada. It also has a self-developed obfuscation technology which allows users easily bypass censorships and blocks. All of these features make VyprVPN a great option in areas where internet access is limited and/or VPN services are blocked.

One of VyprVPN’s best features for users is that the VPN service owns all of the servers in its network. This means higher level of security and better performance for users.

Despite not being a household brand in the VPN industry, VPNArea is a great option for users in Canada. Its apps utilize AES-256 encryption, making it very secure for users. VPNArea’s performance was really great during out testing, and it continues to be one of the best VPN services for Canada.

In terms of data security and privacy, VPNArea performs quite well. Based in Bulgaria, VPNArea is out of the reach of data retention laws, has a strong logging policy and a great track record. VPNArea is also good for streaming services like Netflix, with optimized streaming servers in different regions.

In terms of price, VPNArea’s three-year plan which is available at $2.99 per month is quite competitive. The VPN service offers a 30-day money-back guarantee as well as an excellent 24/7 live chat support.

Why Use a VPN Service in Canada?

VPN is important in Canada for numerous reasons:

Mass surveillance is increasingly becoming a cause for concern in recent times. The Antiterrorism Act of 2015 (Bill C-51) is one of a few bills that has given government agencies in Canada the authority to record your online activities. The United States, Canada’s neighbors to the south, may also be looking to collect the data of Canadian expats and pass it on to others.

Asides the government agencies, ISPs also snoop on the online activities of Canadians. They easily achieve this by recording DNS requests, which reveal all the websites visited by an individual in cleartext. A VPN encrypts DNS requests from third parties.

VPN is also valuable as it helps internet users in Canada to access geo-restricted content. For instance, UK expats residing in Canada may want to access BBC iPlayer, which is typically impossible for anyone without a UK IP address. With a VPN, you can connect to UK servers and stream BBC iPlayer wherever you are. In the same vein, Canadians living abroad can access Canada-only content when connected to a VPN.