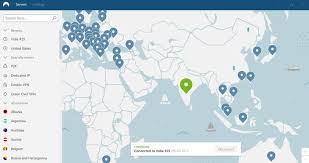 NordVPN is a hugely popular VPN provider, and one of the best VPN services in the marketplace. It has experienced massive growth over the last few years, and with over 12 million internet users, it is difficult to discredit its offering, right?

NordVPN claims to be the best VPN service provider of 2019, but good marketing efforts do not equal great services. Truth is, at first glance, NordVPN boasts a vast network of 5,700 servers spread across 61 countries, with unique categories dedicated to torrenting, streaming and extra security. But this VPN review is designed to consider all of the important details that make up NordVPN, and determine whether it lives up to its reputation.

So, we put the service through rigorous testing, taking a dive into itsperformance, features and capabilities to find out just how good NordVPN is, and answer questions like:

Before we provide answers to these questions, let us consider some NordVPN pros and cons:

Indeed, speed testing is the meat and bones of any honest VPN review. NordVPN is a fast VPN, so long as it is connected to VPN servers nearby. While it is not the fastest VPN available, you wouldn’t have trouble with its speed as it really quick. The upload and download speeds of same-country server (UK to UK) are decent, with about a 5-6% drop from top internet speeds. This makes NordVPN an excellent VPN service for those who want to stream or torrent.

Our speed results from our physical London location using a London test server.

We observed a speed loss of 5% when connected to NordVPN.

Before connecting to NordVPN:

When connected to NordVPN:

Before connecting to NordVPN:

When connected to NordVPN:

As you must have noticed, NordVPN’s speeds when connected to a nearby VPN server is really impressive. Though it is less impressive when connected over distant locations, it is still very decent.

NordVPN offers coverage in 60 countries. While this isn’t the widest VPN coverage out there, chances are you will find a server near you. With over 5,700 servers, with each server assigned a static IP address, NordVPN has the highest number of servers provided by any of the best VPN services. What’s more, NordVPN owns all the servers in its network.

Since a crackdown of VPN services was launched in 2017, NordVPN has become less reliable for visitors and residents in China. Still, its performance is relatively good.

NordVPN users have reported that its obfuscated servers successfully bypass Chinese censorships, though some have still experienced difficulties connecting to them. If you are an iPhone user in China, you may struggle to connect to the obfuscated servers since they are not available on the NordVPN IOS app.

The struggle with NordVPN’s obfuscation technology is only limited to China, though, as NordVPN remains a great choice in other heavily censored countries like Russiaand Saudi Arabia.

Thanks to NordVPN’s SmartPlay technology, users can now gain access to otherwise unavailable content, including streaming services like BBC iPlayer and Netflix. For Netflix fans, once you connect to the VPN’s UK or US country server, you will be automatically directed to the best option.

NordVPN servers also unlock other Netflix libraries, including Canada, Germany, France, Japan and Italy. However, BBC iPlayer is not available on all NordVPN servers, but you can easily find the ones that are currently working if you send a message via their live chat platform. This will save you the time you would have spent in trying out hundreds of NordVPN’s UK servers. NordVPN’s access to BBC iPlayer is also a big plus, as many top VPN services cannot unlock the streaming service.

NordVPN does not limit its streaming feature to Netflix and BBC iPlayer. With NordVPN, users can also gain access to Amazon Prime Video, Sky, HBO, Hulu and Sling TV.

Located in a Safe and Legal Jurisdiction

Panama Has No Data Retention Laws

Established by “four childhood friends” in 2012, NordVPN has its headquarters in Panama, well beyond the reach of EU and US data retention laws. In Panama, VPN services are not required share information with other countries, neither are they compelled to store or report their data.Being headquartered in Panama means NordVPN can decline third party data requests, so it is impossible for your online activity to be traced.

However, NordVPN found itself in the middle of some controversy in 2018, as people accused the VPN service of not being headquartered in Panama. This is because when you visit Google Play Store to purchase NordVPN at the time, the VPN was listed as CloudVPN INC. (a US registered company), rather than Tefincom & Co S.A. But it turns out that NordVPN only used CloudVPN as a processor to manage its payment processing, like other VPN services.

NordVPN allows torrenting, though it is not available on every server on the VPN’s network. But the server list is rich enough for users to torrent and stream.

However, P2P file sharing is not permitted in the following countries:

If attempt torrenting while you are connected to a NordVPN server that does not support P2P file sharing, your connection will be simply redirected to a working server in the Netherlands or Canada. With loads of security features in its network, including a strong no-logging policy and VPN kill switch, NordVPN is, without doubt, one of the most secure VPNs for torrenting. Its impressive upload and download speeds also make it an excellent choice.

Some of NordVPN’s features include:

OpenVPN is NordVPN’s only default VPN protocol, but is one we really like. OpenVPN is equipped with AES-256 cipher which encrypts all internet traffic, providing the right mix of security and speed. NordVPN’s Android and Windows apps can also allow you use IKEv2, though this will require an advanced manual setup and extra download. In the event of a connection drop, the DNS servers provide end-to-end protection, while the VPN kill switch protects the IP address.To ensure added security, NordVPN provides Tor over VPN and Double VPN (multi hop).

With other VPN providers, you are prone to DNS leaks if your VPN connection is manually set up (say you don’t want to connect via OpenVPN) or your Windows was recently reset. This leaves your DNS requests without any form of protection. But with NordVPN, there are measures in place to prevent such leaks.

Recently, NordVPN released a new technology known as NordLynx. Designed for Linux users, this technology is based on the WireGuard VPN protocol – to ensure faster and more secure connections. However, this release is still in its experimental phase.

Unlike some VPN services, NordVPN does not log your traffic or keep user logs. NordVPN only collects server loads information, making it a true no-logging VPN service. The server loads are monitored to ensure the VPN servers continue to perform optimally for all users. The privacy of every user is priority for NordVPN, and you can rest assured your personal data will not be sold to any third parties.

NordVPN has a 24/7 live chat support with extensive knowledge that always proves helpful for subscribers. Its online resources are also very impressive, and while the email support isn’t as great, you should have no reason to email the customer support since the live chat service is always available.

There are also helpful troubleshooting guides that cover a wide range of potential VPN issues, and offer a variety of solutions.

NordVPN accepts a decent number of payment options, but it recently stopped accepting payments through PayPal. They now use Adyen for credit card payments which, according to the VPN service, offer higher level of privacy for customers. Some payment options NordVPN work with include Bitcoin, Ethereum, Alipay, Amazon Pay, Union Pay, Ripple, Direct debit, and credit and debit cards.

NordVPN no longer supports a free VPN, but it provides a 30-day money-back guarantee. If you are dissatisfied with the NordVPN service, you can cancel your subscription within 30 days by contacting the live chat support. They will take you through the troubleshooting processing first, but you should receive your refund within 10 business days.