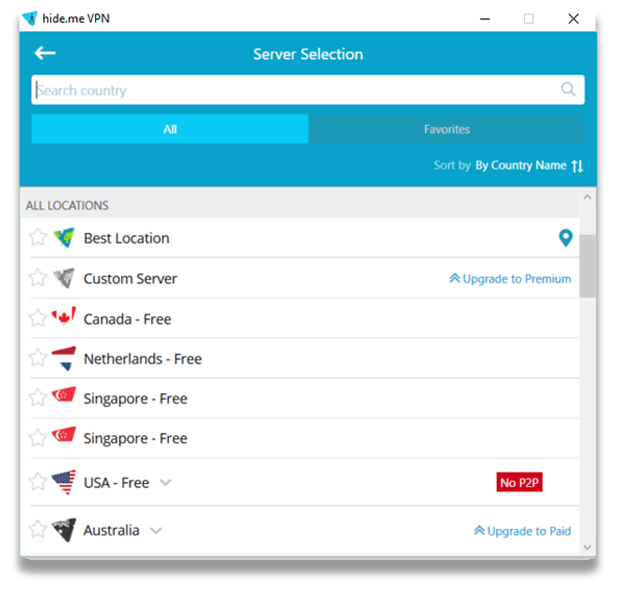 Ivacy is a VPN provider that prioritizes the online experiences of their users. Founded in 2007, the VPN service is established in the Singapore – a privacy-friendly jurisdiction which makes it a great choice for privacy-conscious individuals.

Ivacy’s team of tech experts were responsible for introducing split tunneling, a revolutionary concept which allows VPN users decide which traffic would be sent via an ISP and the one that should be protected by their VPN. This effort further underlines Ivacy’s standing as one of the biggest players in the digital security industry.

With all of this in mind, we decided to do an extensive VPN review on Ivacy, discussing its strengths and weaknesses. In this review, we would provide answers to the following questions:

Before we provide answers to these questions, let us consider some Ivacy pros and cons:

Decent VPN Speeds on Nearby Servers

Ivacy’s speeds on nearby servers are pretty impressive as you’ll be able to stream using multiple devices on HD, without any hassle. However, international connections are not as reliable, so you may want to consider other VPN services like NordVPN.

Ivacy’s upload and download speeds were good on local connections, making it a great choice for torrenters. But we do not recommend Ivacy for gamers due to its high ping times.

If you’re mainly going to use Ivacy on nearby servers, the speeds are fast enough, with average speeds from our physical London location at around 60Mbps. Connections from UK to US wasn’t as great, but at an average speed of 25Mbps, you would still be able to stream in HD; but more connections to more distant locations like Japan were hardly usable, as the speeds struggled to get past 3Mbps.

Ivacy’s latency level was extremely high, with 24ms on same-country connections making it unideal for gamers. Some of the best VPN services offer ping times of under 1ms on local connections, so there are a few better options out there.

Before connecting to Ivacy:

When connected to Ivacy:

Before connecting to Ivacy:

When connected to Ivacy:

Ivacy operates a fairly sizable number of servers in its network. The most popular locations are covered, but it would be ideal to check Ivacy’s server list to ensure the locations you need are there before you subscribe.

We were disappointed to find out that OpenVPN, our favorite VPN protocol, cannot be used on all Ivacy’s servers. After reaching to one of their customer support agents, we further discovered that there are about 50,000 IP addresses in the Ivacy network, with each server hosting between 120-140 individual addresses. This would go a long way to reduce slow speeds and server congestion at busier times.

Ivacy has a good number of city-level servers in some countries, including the US, the UK, Australia, Canada, and Malaysia. Europe and North America enjoy the best Ivacy coverage, but as the network has continued to expand, Ivacy has introduced more servers in more South American and African countries, including Panama, Colombia, Ghana, Kenya, and Costa Rica. We were happy to see coverage in mainland China, with a Beijing server.

Optimized Servers for Streaming and Torrenting

Ivacy has optimized servers for streaming, and is one of very few VPN services that are compatible with Netflix and BBC iPlayer, as well as other major streaming services like Sky, ABC, and Hulu. We didn’t experience any problems while accessing Netflix via Ivacy’s optimized streaming servers. The performance was great once we connected, with excellent video quality and very minimal buffering.

This was not exactly the case with BBC iPlayer as we found it difficult to access using Ivacy, as it was blocked on the desktop app. However, we were able to access it via the browser extensions, but this doesn’t offer the same level of protection as the desktop apps. We hope that Ivacy can ensure access to BBC iPlayer via the desktop apps as soon as possible.

Ivacy is a good choice for torrenters, with lots of dedicated servers for this purpose. A mix of Ivacy’s optimized torrenting servers, minimal logs policy, and advanced privacy features helps to massively reduce congestion at peak times, ensure faster VPN speeds, and secure your online travels at all times.

Ivacy is unique when it comes to privacy. Users can choose from a range of VPN protocols integrated into the app, but OpenVPN is our favorite as it is the most secure VPN protocol. The only disappointment is that OpenVPN is not available on every Ivacy server.

Other important security features include protection against DNS and IPv6 leaks and a VPN kill switch, which masks your true IP address from being exposed in the event of a connection drop. There is also a DNS add-on which prevents your web traffic from being routed via potentially unsecure third-party DNS servers, such as those operated by Google or your ISP.

The split tunneling feature is another plus point for Ivacy – it is designed to keep performance optimal by allowing you prioritize your data traffic. This means you can route your private activity through the VPN tunnel, and allow less important data to pass through the less secure route.

Ivacy is a no-logs VPN service that only stores the bare minimum of connected data needed to ensure optimum functioning of the service. The stored data does not contain any information that can be used to personally identify you, so it is impossible for your online activity to be traced back to you.

Ivacy only collects the following information:

This is reassuring for Ivacy users as their activities will be completely protected by the VPN service.

Ivacy is a Singapore-based VPN service which means that it isn’t subject to the intelligence-sharing alliances and data retention laws of the 14-Eyes countries. Ivacy states that they do not hand over any information about specific users, since they do not collect information that can be used to personally identify anyone.

Ivacy’s Windows app is old-fashioned but does the job pretty well, especially once you get used to its oddities. The main screen displays just the basics – the connection time and chosen server location. The ‘Smart Connect’ option is the best way to connect, as it helps you select the best-performing server nearby.

The few connection settings are located at the left-hand side of the app behind the cog icon. The settings are scarce when compared to top-tier VPN services, but it still features a VPN kill switch and split tunneling. Here you can connect to a manual server, select a VPN protocol, and even find the general settings where you can launch the app on startup and use the on/off toggle for protection against IPv6 leaks.

Trying to connect to the Ivacy app was a major downside for us. The best VPN services offer slicker app experiences that Ivacy currently lacks.

Ivacy’s customer service is decent. The live chat feature helps users resolves urgent issues as they are very responsive. In the course of this VPN review, our queries were addressed within seconds. The support agents were knowledgeable and friendly, and while they used generic answers on occasion, there was always a personal feel to their responses, and always went into detail if asked.

Ivacy takes its customer support service even further by providing its users with a street address, which feels really refreshing. Ivacy’s online resources are comprehensive, and a ‘search’ button on its web page means that users can easily find what they need. We would prefer a range of setup guides, including video content and tutorials, designed to help beginners use the Ivacy software with ease.

Ivacy has three pricing plans. As is the case with every VPN provider, your subscription fee gets cheaper the longer you sign up for. The standard monthly plan costs $9.95, while the two-year plan offers the biggest savings as it is reduced by 77% to $2.25 per month. The one-year plan costs $3.99 per month.

Ivacy recently introduced a five-year plan which is extremely cheap at $1.34 per month, saving you up to 87%.

Ivacy’s money-back guarantee is a genuine “no questions asked policy”, which is not subject to any data caps or restrictions, so long as you work within the terms of service. Ivacy processes refunds within 48 hours of a request, so if you would be requesting a refund, ensure you don’t leave it late.

Unfortunately, those who pay through cryptocurrency or Paymentwall are not eligible for a refund.