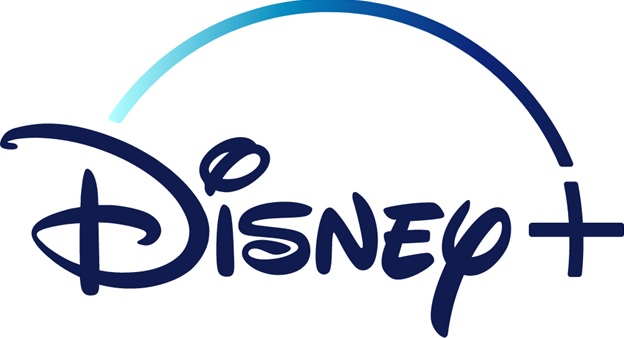 Best VPN for Disney Plus (Tested)

It took Disney+ just 5 months to amass 50 million paying subscribers worldwide. If this sounds staggering, it is because it’s staggering. At this rate, it is undoubtedly one of the biggest, most successful product launches ever. And for good reason!

A closer look at Netflix reveals a huge gap since the launch of Disney+ in November 2019. All of your favorite Disney, Star Wars, Pixar and Marvel movies are gone! Their new home? Disney Plus.

However, Disney Plus is not yet available worldwide. The product debuted in the USA, Canada, and Netherlands. With its expansion since the turn of the year, Disney plus is not available in about 20 countries including Australia, Austria, Germany, New Zealand, Puerto Rico, Switzerland, Spain, India, France, etc.

Unfortunately, this means that all of the beautiful content available on Disney Plus is out of your reach if you don’t reside in any of the 20 countries mentioned above. So, what then? You can check to confirm when Disney+ will be coming to your country and wait it out. What if you’d rather not wait?

That’s understandable considering all of the classics now moved to the platform, and the expected originals. A good number of countries, too, are yet to receive official release dates. If you find yourself in either scenario, then a VPN will do you a world of good.

Why a VPN is Important for Disney Plus

With 10 million subscribers within its first day of launch, Disney+ sure did hit the ground running. However, they remain young entrants into the subscriber video on demand world. A lot is yet to be done as it concerns negotiating licensing contracts across different countries.

As we await the opening up for Disney Plus for our various locations, they’ve already set up geo-blocks that keep out persons from unlicensed regions. These blocks detect your location using your IP address. If it doesn’t fall into a licensed region, you’d be kept out.

It’s also very likely that as we Disney Plus spreads around the world, we’d begin to find that certain content are available in particular locations but not in others.

Whatever the reason for the blockade, a VPN allows you break through it. A typical virtual private network (VPN) routes your traffic through its own servers. When it does this, it spoofs your online location, replacing your original IP address with one from its servers.

When you successfully connect to a VPN server in any of the 20 available locations, Disney Plus views your traffic as coming from one of those locations. It then unblocks access to all of its content for that location.

A VPN has the added advantage of encrypting your traffic on the way. While Disney Plus is entirely safe, it protects you from potential speed throttling by your internet service provider (ISP) by blocking them from finding out where your traffic is going. In general, it keeps your online activities away from prying eyes.

How to Select a VPN for Disney Plus

Before you go investing in a VPN, it’s important to note that not just any VPN can successfully bypass Disney+’s geographic restrictions. Likewise, not every VPN is fast enough to enable you enjoy your streaming. When selecting a VPN for streaming, we typically consider the following factors:

Not only does Disney+ institute blockades, they’ve also deployed an anti-VPN technology that detects and blocks out suspected VPN traffic. Only the best VPNs can successfully break through these barriers. As a rule of thumb, the more the servers a VPN has, the more likely it is to unblock Disney Plus.

You sure remember the feeling. That simmering frustration as you watch the unending buffer on a video you’ve readied your mind to see. To ensure you don’t get to relive this feeling, your choice of VPN for Disney Plus is critical. Our selected VPNs allow you enjoy your content buffer-free.

A VPN’s job description goes well beyond spoofing your online location. It encrypts your connection. The best VPNs keep out spies such as your ISP, blocking them from spying on your online activity. It also keeps out digital media houses, ad trackers, and hackers. This is particularly important when streaming on unprotected networks such as public Wi-Fis.

Disney+ has developed native apps for everything from your desktop to your smart TV, game console and smartphones. Ensure your chosen VPN provides support for all of the devices on which you wish to stream Disney Plus. The VPN should also, at the very least, match Disney for its 4 allowed simultaneous connections.

Best VPN for Disney Plus (Tested)

CyberGhost boasts a global server coverage made up of 6500 servers spread across almost 90 countries. This makes for consistently fast VPN speeds and its unlimited bandwidth means you wouldn't have to worry about buffering or lag. CyberGhost unblocks Disney+, as well as other streaming services like Netflix. It also allows users up to seven simultaneous.

CyberGhost enables its security features by default, so you need minimal configuration if any. These features include 256-bit encryption, a kill switch, ad blocking, and protection against IPv6, WebRTC, and DNS leaks. CyberGhost does not store any logs that can be traced back to you, but if you are concerned about your privacy, you can make payments with Bitcoin. If you experience any difficulties, you can always reach the customer support through their live chat system.

NordVPN has a global server coverage made up of about 5,200 servers spread across 60 countries. This makes it a natural choice when it comes to streaming, as it guarantees high internet speeds.

Not only does NordVPN unblock Disney+ restrictions, it also lets you access major streaming services like Netflix, Hulu, and BBC iPlayer. What’s more, it prioritizes your security: NordVPN uses 256-bit encryption, kill switch, and protects you against DNS, WebRTC, and IPv6 leaks, keeping you safe from snooping eyes.

There is also a built-in malware scanner and ad blocker, along with uniquely optimized servers for added security. NordVPN works with a strong zero-logs policy which means your online activities cannot be tracked. You can reach the customer support through the live chat system for any queries you might have.

ExpressVPN is an outstanding choice when it comes to access to Disney+, as well as other streaming websites. With a global server network that consists of 3,000 servers in 94 countries, users can gain access to any content restricted to specific regions.

ExpressVPN delivers one of the fastest speeds of any VPN in the market, and it has no data caps, which means it can easily handle the HD and 4K demands of Disney+ streams.

While streaming online, you can also rest assured of your safety thanks to ExpressVPN’s ultra-secure encryption kill switch, and protection against IPv6, DNS, and WebRTC leaks. The zero-logs policy also means your privacy is well protected. They also accept payments through Bitcoin; since ExpressVPN does not store data logs that could be used to identify you, this payment method is entirely optional.

If you have any concerns along the way, ExpressVPN has the best customer support system to attend to your needs.

How to Unblock Disney+ from Anywhere in the World

Note: To successfully sign up for a Disney+ account you’d need to subscribe from a country where it’s available. You’d also need to use a payment method for that country in order to successfully make your payment.

Is it illegal to access Disney+ using a VPN?

No. It would be illegal if you successfully accessed Disney+’s content without a subscription. So long as you’ve got a paid subscription, though, you should be fine. However, VPNs are not necessarily legal in every country. You want to do well to check with your local laws to confirm if the use of VPN is within ambit of the law.

Yes. Like Netflix before it, Disney Plus deploys a technology that identifies VPN traffic and subsequently blacklists the associated IP address. However, the VPNs listed above allow you access Disney+ from anywhere in the world. They also boast very large server networks, meaning that any blocked server is easily replaced by another.

Disney+ is expectedly home to Disney movies. But it goes beyond that. It also boasts shows and movies from a number of other networks, including Pixar, Star Wars, and Marvel. By its own count, Disney+ had over 300 titles as of the launch day. This number has continued to grow ever since. Amongst its star-studded collection of titles are Captain Marvel, Frozen, the Avengers franchise, The Muppets, Star Wars, etc.

Will I need a subscription when streaming with VPN?

Does a VPN slow my streaming speed?

Technically, yes. A VPN routes your traffic through servers in other locations before sending it to the website servers. This means your traffic takes a longer route to its destination. However, premium VPN services like ExpressVPN and NordVPN offer top level speeds. This means you won’t be suffering slower connections and endless buffers.

Will a free VPN work with Disney+?

Perhaps. You should note, though, that with the anti-VPN technologies developed by these streaming services, most free servers are easily blocked. Free VPN servers are also typically congested, making connections slow, with endless buffering. Importantly, privacy and security risks are generally high with free VPNs, which is ironic considering what they were designed for.