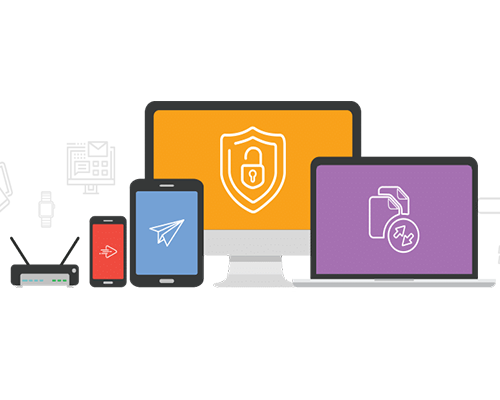 Browse the web privately as it was meant to be. Your online privacy is under attack. Windscribe sets you free.” Online ‘privacy’ and ‘freedom’ is what Windscribe VPN promises on its homepage, but in the VPN space, this is no mean feat. Windscribe’s VPN offering is exciting, but do they have what it takes to guarantee such service?

We conducted an extensive VPN review of Windscribe to find answers to questions such as:

Our VPN review answers all of the questions above, plus loads of other questions. But before we take a dive into our full review, let us consider some of the pros and cons of using Windscribe.

Before we provide answers to these questions, let us consider some Windscribe pros and cons:

When connected to the Windscribe VPN, we noticed a slight dropin our download speeds by just over 30%. This means that you should be able to do just about anything you want online when using Windscribe, even if you have multiple devices connected to the VPN at the same time. But Windscribe may not be ideal if you are looking for fastest VPN available.
We observed a speed loss of 33% when connected to Windscribe.
The ping times of 18ms we noticed for short distance connections aren’t as decent as we’d expect, so you may want to explore other options for your gaming needs. Still, the average upload speeds of 70Mbps should be good enough for torrenters.
It is also very reliable and consistent; we did not experience any connection drop-offs when connected to Windscribe servers.

Before connecting to Windscribe:

When connected to Windscribe:

Before connecting to Windscribe:

When connected to Windscribe:

We currently recommend and test speeds using OpenVPN – it is not only regarded as the strongest VPN protocol today, but is the most popular among VPN services so it helps us maintain a great level of consistency during our testing. Windscribe’s apps are set to start up to IKEv2, which it claims to be the best VPN protocol, so you could experience slightly faster VPN speeds if you use this protocol.

Windscribe’s server network covers 58 countries, which is a decent number as it includes almost every region across the world. Its presence is especially felt in East Asia, which is a tad unusual – Windscribe has its servers in South Korea, Japan, Thailand, Singapore, and other countries in East Asia.

Overall, Windscribe’s servers spread across 110 distinct locations, meaning you can enjoy city-level connections in a number of different countries. Windscribe subscribers can choose their city within:

During our tests, we were a bit disappointed to discover that Windscribe did not reveal the total number of IP addresses and VPN servers under its network, and some of its servers are not owned but rented. However, we believe there are about 110 servers in Windscribe’s network. The VPN service also has static IP addresses in 13 distinct locations, making it easy for subscribers to enjoy seamless access to streaming services.

Following the crackdown of VPN services in China, Windscribe has been unreliable at best. In order to break through the Great Firewall, you will need to pre-install Windscribe on all your devices, as it has been banned for download in China. Even so, and even with the Stealth protocol, users have reported mixed feedbacks. However, Windscribe is a reliable solution in other high-censorship countries like Turkey and Saudi Arabia.

Windflix’ was created by Windscribe as servers dedicated to streaming services. This means that subscribers in the UK and US can gain easy access to Netflix using Windflix. What’s more, these dedicated servers also unlock Netflix in Japan and Canada (two less prominent locations for VPN services).

Throughout our extensive testing on Windscribe, we never experienced any issues with streaming, which means all four Netflix libraries can be accessed in buffer free, full HD.

However, even with its dedicated server, Windscribe does not unlock BBC iPlayer, and this has been a cause for concern during our tests. So, if access to BBC iPlayer is important to you, you should consider other options in the ‘best VPN services’ category.

Windscribe is great for torrenting, as it allows P2P file sharing on most of its servers. Its security is reliable and its logging policy is trustworthy – two important features that ensure your downloads can complete quickly, safely, and anonymously.

Canada Is a Part of the Five Eyes Data-sharing Alliance

Windscribe stores all of this information to keep the VPN functioning optimally – none of these stored logs can be used to personally identify you.

Founded in 2016 in Richmond Hill, Ontario, Canada – its base till this day – Windscribe is a part of the Five Eyes data-sharing alliance. Though this would typically be a big issue, Windscribe’s minimal logging policy makes it less of a problem. So, any Windscribe VPN servers got into the hands of law enforcement agents, they wouldn’t have anything to work with.

Encryption and Security: One of the Fastest VPN Options

Some of Windscribe VPN’s features include:

Windscribe is a great choice in terms of security. We’d be happy to even describe it as one of the most secure VPN services in the marketplace. The VPN comes with AES-256 encryption, and uses OpenVPN – the safest VPN protocol there is. This means that your IP address is always hidden from any prying eyes. Windscribe’s Firewall is another amazing feature too; like a VPN kill switch, it protects your connection against accidental IP and DNS exposure.

Windscribe also has a port forwarding and double hop, which makes further fortifies your connection by switching it between two different VPN servers, though this affects the speed.Windscribe also provides its own built-in malware blocker known as ‘R.O.B.E.R.T’, as well as an ad-tracker, in its custom VPN apps.

Windscribe’s native apps are very easy to set up and use, and your connection can run without compromising other important features that VPN users need. The VPN’s home screen is really simple – both and mobile and desktop – with a list of VPN server locations and a conspicuous on/off button. Windscribe also has a menu which is home to the VPN’s advanced options, but users are warned not to use these options unless they are sure of what they are doing, and this makes a lot of sense.

That said, when the Windscribe app is running on a desktop, the connection is usually slower than it should be, and we also noticed that the mobile apps do not have some important advanced settings. This is definitely an area that needsimprovement.

Windscribe is compatible with most mobile and desktop operating systems, including Apple TV, Xbox, Roku, Chromecast, Nintendo and PlayStation. Windscribe can also be installed on your router, which means that all of your connected devices can be protected at the same time. Windscribe also has custom apps for Kodi and Amazon Fire TV, which is still a rare feature among some of the best VPN services out there. The Amazon Fire TV app has a good number of features, including an extensive range of VPN servers, as well as the ability to favorite your most used locations.

Windscribe’s online guides and FAQs are pretty comprehensive, to be honest. However, the website lacks a live chat feature on its website – a very important feature for the best VPN services on the market.

Customers can also submit an online support ticket, and can express any concerns to an automated chat agent, though this is typically a waste of time, as these bots are not helpful most of the time.

Windscribe has two payment plans. The monthly plan costs $9, but you’d be able to get a massive discount at just $4.08 per month if you subscribe to the yearly plan.

Both plans still offer the same comprehensive features, regardless of your choice. Payment options include Credit Card, PayPal and Bitcoin. And good news is, if you are unhappy about the quality of service for any reason, you can request a refund.

You only have 3 days to request a refund once you have subscribed for a paid plan, and you are only eligible if you have used more than 10GB of bandwidth within that time. Truth is, it is almost impossible to use up that much data within such a short period of time, which makes Windscribe’s refund policy a terrible one, to be honest.

What’s more, Windscribe gives itself up to 30 days to accept your request for refund and return your money. So, you may want to consider other VPN options if you have any doubts; you could also sign up for the free option for a little while before committing your money.