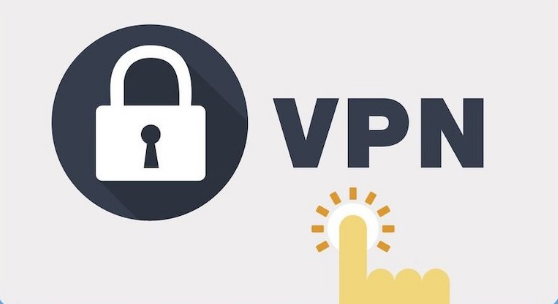 Select the Best VPN for Streaming

Streaming services have quickly become a mainstay of our everyday life. Netflix, Hulu, HBO, YouTube, BBC iPlayer they’re all here to stay! Unfortunately, we may not always have access to the movies and TV shows we love due to location blocking. This has led to the rise of VPNs alongside streaming services.

But not all VPNs are truly capable of unblocking your favorite content on these streaming sites. Streaming sites are well aware of the use of VPNs in bypassing geo-restrictions and have invested heavily in blocking suspected VPN IP addresses. This is why getting the best VPN for streaming is important.

How to Select the Best VPN for Streaming

In choosing our best streaming VPN, we had to consider a number of critical factors. You’d need a fast and secure VPN that unblocks all of your favorite services. To that end, we considered the following factors important during our selection:

Unblocking capacity: The most critical factor for our selection remains the VPNs unblocking capacity. Our selected VPNs have servers that successfully unblock the most difficult streaming sites such as Netflix, Hulu, BBC iPlayer, and Amazon Prime Video every single time.

The ability of the VPN to life location blocks will mostly depend on the locations of its servers. Your selected VPN shoFor buffer-free streaming, you need a reliably fast VPN. As a general rule of thumb, VPNs with larger server networks are faster. However, we were sure to test our VPNs for speed, identifying really fast VPNs regardless of their server size.

One of the most important hallmarks of a good VPN is security. The best streaming VPNs are secure against third-party intrusion. They also handle your personal data safely, keeping no logs as to your online activity while connected to them.

The more the available server locations, the more content you can access. This simply means you’ve got more virtual locations to help you bypass geo-blocks.

The ideal VPN provides support for a variety of devices, ensuring you can continue to enjoy your subscription regardless of your device type. The app should also be easy to navigate and use.

24/7 customer support is important for whenever you run into issues.

Select the Best VPN for Streaming

One of the most popular VPNs on the market, CyberGhost is clearly one of the best VPNs for streaming. Its unblocking technology isn’t fazed in the least by the geo-blocking technologies employed by the likes of Netflix or Amazon Prime Video.

CyberGhost makes streaming with it super easy. Rather than guess which servers will work well for a streaming platform, the VPN outlines all of the services it can unblock, and provides dedicated servers for those platforms. So, all you need do is pick your desired service and leave the rest to CyberGhost.

With over 6500 servers around the world, CyberGhost boasts a massive server network. Its high-speed connection makes streaming buffer-free, while its large network means you can unblock websites in almost every country of the world. It’s also very attractive for its easy to use app interface.

Thanks to a strict no-logs policy and a solid 256-bit AES encryption, you’re also assured of complete online privacy and security while using CyberGhost. An ad blocker further protects you by keeping out intrusive ads and trackers. And while it may be a tad slower than others on this list in terms of speed, it does more than enough to earn its place.

Not sure this is the best VPN for you? An industry-best 45-day money-back guarantee gives you plenty of time to decide if you wish to go ahead with the VPN after testing.

ExpressVPN is the leading provider when it comes to unblocking online streaming services. With 3,000 servers spread across 94 countries, it guarantees fast and consistent speeds for your streaming needs.

The VPN has a wide range of clients, providing support for Mac, Linux, and Windows, but its service is especially noteworthy for mobile devices. There are apps for Android, iOS, and even Blackberry, as well as ‘how to’ instructions for other devices. Another plus with the ExpressVPN is that it automatically connects to the best server to give you the best possible performance.

Once you set up ExpressVPN, you will be able to quickly switch servers to gain access to unlimited online content around the world. The presence of another innovative feature – split tunneling – means that you can even stream your favorite movies via the VPN, while surfing through other websites on your local network. ExpressVPN secures your personal data with the 256-bit encryption, and an automatic kill switch designed to prevent the transfer of your data if the VPN fails at any time.

NordVPN is similar to ExpressVPN in terms of the overall service. NordVPN focuses its service on unblocking streaming sites, as is evident in its Smart Play technology – a secure proxy service designed to help users bypass geo-blocks of streaming services. This feature is enabled by default on all NordVPN apps, so your streaming request is automatically rerouted through the right remote server. Users can have access to more than 400 streaming websites, including Netflix.

NordVPN has a server count of over 5,200 – a near guarantee of fast and consistent speeds and connections. Security wise, the VPN also does well. It has a Double VPN feature which routes your data through two separate servers, a kill switch to prevent data transfer in case of connection drop, and a 256-bit encryption. It also supports all major security protocols.

VyprVPN has absolute control over its network, ensuring they are able to deliver consistent blazing speeds. There are over 700 servers spread across more than 70 locations, so you wouldn’t have any headaches finding the best connections. This particularly comes in handy if you have data intensive needs like 4K streaming. The VPN provider unblocks lots of streaming sites, including Netflix.

VyprVPN also has some exciting security features. These include its own Chameleon technology – a feature which breaks through VPN blocks and ensures consistent performance. It uses the 256-bit encryption, and employs the major security protocols. Other important features include the VyprDNS service, a NAT Firewall, and a zero-logs privacy policy.

Unfortunately, VyprVPN does not offer refunds to dissatisfied customers, so it is important you give it a trial before committing to a subscription plan. The monthly plans are a bit pricey, so the annual billing plan may be your best bet. The 1 month plan costs & £12.95/month monthly or & £3.75/month - 12 months plan. £2.50/month - 24 months plan

Streaming is fun, but there’s nothing exciting about finding out the movie or TV show you’ve been waiting for isn’t allowed in your location. After several hours of testing, we compiled this list of the best VPNs for streaming. The VPNs above reliably unblock streaming platforms such as Netflix,Disney+, Amazon Prime Video, BBC iPlayer, and Hulu, every single time we tried.

Is a VPN important for streaming?

Copyright. Movie distributors purchase the license to distribute each movie, mostly on a location basis. This means showing that content in an unlicensed location violates their agreement. Certain types of content may also be rejected by governments of particular countries. So, they’ve developed technologies to restrict access to content based on your location.

I already have a VPN but it doesn’t work?

Unfortunately, this is a fairly frequent problem. Only a handful of VPNs successfully break past tough media streaming channels like Hulu and Netflix. The VPNs provided on the list above all fall into that category. They also offer money-back guarantees, allowing you test out their product risk-free. You could also try switching to a different server on the same VPN.

Is using a VPN for streaming illegal?

In most cases, no. While these services would rather have you view only content permitted in your location, streaming through a VPN never attracted a fine or law suit. However, particular countries have laws against the use of VPN for any purpose. Be sure to acquaint yourself with your local privacy laws.