How to Watch UK TV in Abroad 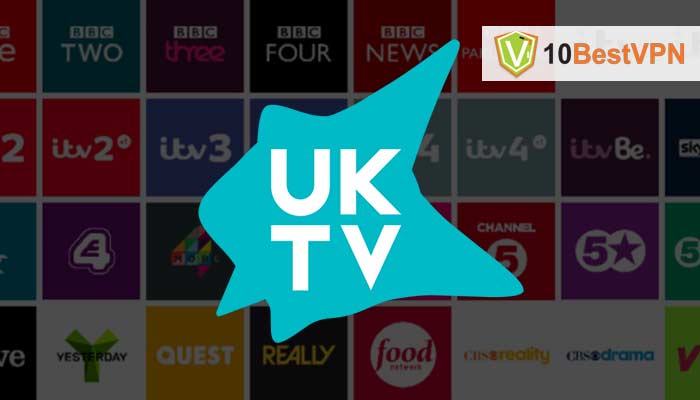 As you probably know, most UK TV stations have all gotten online service. BBC have got the iPlayer, iTV have got iTV Player. There’s also Channel 4 and Channel 5, which you can watch through a browser on a PC, mac desktop, smartphone or anything you like.

But the problem is, when you’re outside the UK none of these programs work.

When traveling out of the country, most people will have to deal with geo-blocking, whether on pc, mac or their mobile. This is particularly true on television websites which restrict access to their content based upon the user’s location. Therefore, if you’ve left the UK, chances are you will not be able to watch UK TV abroad.

To enjoy free TV services like the BBC iPlayer, Channel 4 and sky GO, you may need a UK TV license and an existing account with the services you’re trying to watch. In some cases, it is possible to access them without a license and you can always create a free account.

Paid services will ask for your card details before you start watching, so that’s also something to bear in mind. And all of this will be useless if the service detects you’re trying to access their content from somewhere outside of the UK.

This article provides you with a step by step guide on how to watch UK TV from any country with ease. Indeed, watching British TV from abroad has never been easier – and we’re here to show you just how!

Why Can’t you Watch UK TV Outside the UK?

WHAT prevents you from watching UK TV outside the UK? The answer is Geo-blocking. Geo-blocking is a technology that restricts access to internet content based on the user’s geographical location. Geo-blocking exists for two primary reasons: licensing agreements and internet censorship.

For UK TV, it comes down to licensing agreements. TV shows and movie producers are out to make money. Before any TV programs are produced, licensing agreements are made. These licenses are then sold out to interested platforms who wish to broadcast any of the TV shows in other countries. Money can’t be made in live streams outside the UK, so they’re blocked.

For the block to be successful, the TV website takes note of where your traffic is coming from. With your traffic detected to be from outside the UK, access to the website is blocked.

With a geo-block initiated, access to the said service or website is blocked, limited to only those within the permitted location/region. How, then, can you possibly bypass these incredibly precise geo-blocks and watch UK TV from outside the UK?

How to Watch UK TV Abroad

You cannot simply lift the geo-blocks placed by your ISP or your desired UK online TV. To successfully gain access to any service or website despite the geo-restrictions in place, you should be able to convince (fool) them that you’re present in the permitted location (UK).

VPN stands for virtual private network. The ‘virtual’ here means you don’t have to lay a cable all the way to the UK, and get an internet connection there, in order to create your private network in the UK. Instead, a VPN provider already has servers in different locations.

By connecting to these servers, your traffic is first sent to the servers before it is sent to the website. The website – which is the final destination of your traffic, then sees your traffic as coming from that server location, instead of your original location.

To watch UK TV using a VPN, you should take the following steps:

About 300 VPN providers are available on the market right now. As always, not all of these are great. Selecting the right VPN is critical to a successful streaming experience. In selecting the best VPNs for watching UK TV, we typically consider the following critical factors:

That said, our top 4 VPNs for watching UK TV abroad are:

ExpressVPN has proven to be the best VPN provider when it comes to speed, thus justifying the company’s name. They have the fastest service we’ve tested so far. When testing for speed, we were able to stream in Ultra-HD without any endless buffers, and no frozen pixels.

Although the Express VPN is a bit pricey, Express VPNs impressive speeds kept us hooked. It also successfully breaks through the toughest of geo-blocks, granting you access to every major UK streaming service.

Its MediaStreamer feature lets you stream even on devices that do not support VPNs, such as non-compatible smart TVs and game consoles. Indeed, ExpressVPN is supported by just about every device, including Mac, Windows, Android, iOS, smart sticks, routers, and even your Xbox One.

With its split tunneling feature, you’d be able to stream through ExpressVPN’s UK servers, while still accessing local content with your original IP address. For added security, the VPN comes with a kill switch and DNS leak protection.

ExpressVPN comes with 5 possible VPN protocols. Although it auto-selects the best protocol for you, you can also manually select your preferred protocol. Amongst its available protocols are UDP, which is great for fast streaming, OpenVPN, which is excellent for security, and the trusty TCP.

Get a Express VPN Now!

Like ExpressVPN, NordVPN has fast servers. Renowned for its security and privacy features, NordVPN is powerful and reliable. Although they’re a tad slower than ExpressVPN, they ‘re firmly amongst the top 2 VPNs we ever tested.

With such a large network of servers, NordVPN provides access to a great many UK IP addresses. This makes it almost impossible for any VPN detection software to identify your traffic as VPN traffic. For extra unblocking capacity, NordVPN uses its SmartPlay DNS feature to auto-select the best server for bypassing particular geo-blocks.

NordVPN is protected by a rugged 256-bit AES encryption. Its double encryption feature provides you with an extra layer of privacy, directing your traffic through multiple servers to make it more difficult to trace. And with its CyberSec feature, it keeps out malware and adware, making for an intrusion-free browsing.

NordVPN has native apps for Windows, Android, Linux, iOS and MacOS. It also provides browser extensions for chrome and Firefox. Its interphase is clean, easy to use, and simplistic in appearance. Although new users may take some time to get used to the interface, older users will find its many features exciting.

Not sure NordVPN will be worth the cost, try it out risk-free with its 30-day money-back guarantee. And if you run into any issues, feel free to take advantage of the 24/7 live chat support.

Get a Nord VPN Now!

CyberGhost is one of the oldest VPNs and is often ranked as one of the top choices for newbies or beginners to VPN. CyberGhost has more than 6,000 servers in over 70 countries and does provide unlimited bandwidth, making it an excellent choice.

Compared to other VPNs, CyberGhost is not the fastest but it’s also not the slowest. You can think of it as more of a middle of the pack VPN when it comes to speed. Still, its speeds are more than enough for quality HD or 4K streaming.

CyberGhost works great at successfully unblocking Netflix and other UK media such as Hulu, BBC iplayer, BT Sport, and more. It provides dedicated servers for different streaming services; which we recommend you use. If you’d be selecting your server yourself, feel free to test out different servers to find tha which works best for you.

CyberGhost also makes torrenting fast, easy, and seamless, with all of its servers boasting P2P support. It’s also super compatible with TOR browser, which is priceless. And thanks to its unlimited bandwidth provision, you don’t have to worry about running out of bandwidth while streaming or torrenting.

Its app takes only a few minutes to install and is very easy to understand and the layout makes it a perfect choice for newbies or beginners. It also provides support for up to 7 simultaneous connections, which is above average in the industry.

Unfortunately, we did notice that although CyberGhost doesn’t leak your IP address, it will occasionally show the country you’re connecting from. Whatever the reason for this leak, it doesn’t seem to affect its connection quality. But if you think this is a breach of the privacy you so desire, you can look elsewhere.

If you choose to go with CyberGhost, you’d find the best savings on the three-year plan. And if you’re not yet sold on the VPN, you can take advantage of the 45-day money back guarantee.

Get a CyberGhost VPN Now!

PrivateVPN has quickly become a firm favorite amongst privacy enthusiasts for its extreme privacy features. Based out of Sweeden, PrivateVPN is all about ensuring your anonymity, with all of its features, including a strictly enforced no-logs policy in which it collects absolutely no data, built towards that aim.

But privacy isn’t our primary reason for including PrivateVPN on this list. Indeed, PrivateVPN is highly secure with an option for a 128 or 256-bit encryption. This is combined with a kill switch and DNS leak protection for extra security.

The VPN is also superfast, with speeds great enough for smooth HD, Ultra-HD and 4K streaming. So, you’ll never have to deal with buffering videos, slow downloads and timeouts.

Importantly, its servers successfully unblock streaming services like Netflix UK, ITV Hub, BBC iPlayer, Disney Plus, and BT Sport, all the time. Its impressive unblocking capacity also proved successful even when working from China – although you’d have to manually tweak it to work in China.

We were particularly impressed with the level of customer support on offer at PrivateVPN. PrivateVPN goes the extra mile ensuring that users have support available when they need it. Unlike most tech services in general, PrivateVPN allows you speak directly to developers when you’re in need of assistance. With the guides, FAQs, and email support it provides, though, you may not be needing this.

PrivateVPN lets you connect up to six different devices simultaneously and all to unique IP addresses and of course great speed means better performance.

Get a PrivateVPN Now!

If you’re anywhere outside of the UK, you won’t have access to streaming live UK TV shows. So, you’d have to wait until the shows are licensed to be broadcast elsewhere, that’s if they ever are. A premium VPN should be your best option, you can hide your IP address and geo-location. That way, streaming services will believe you’re in the UK and all the UK TV shows you can ever imagine will be yours.