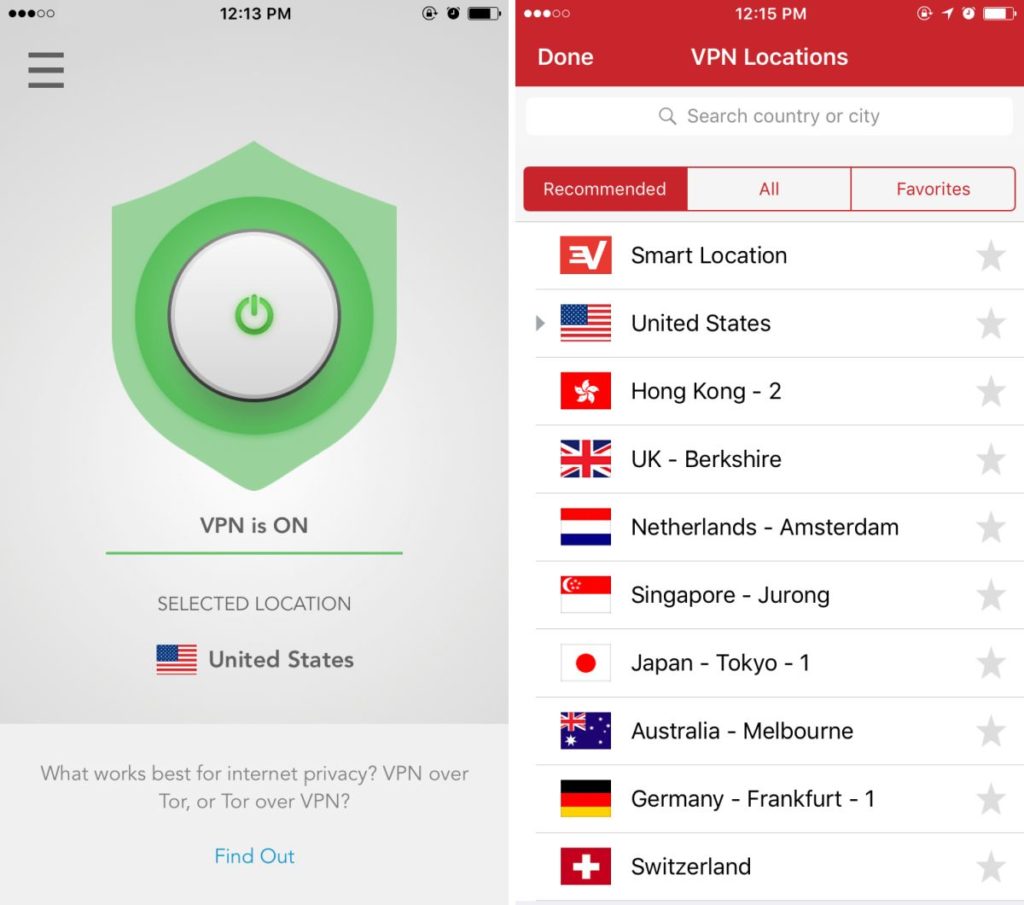 ExpressVPN is a big player in the VPN marketplace, with a privacy policy designed to ensure the anonymity of its users as well as comprehensive number of servers spread across 94 countries. Though the VPN space has a lot of competitors, ExpressVPN stands out with its feature-rich offering. And whileEurope and the United States have the best coverage from ExpressVPN, the VPN provider also has many locations that are rarely available under other VPN services such as Asia, Africa, the Middle East and South America.

We have taken painstaking effort to review this VPN, and would provide unbiased answers to these questions and more. But first, let us consider the pros and cons of ExpressVPN. ExpressVPN is a go-to option for many VPN users today, but does it really live up to its billing? Is it consistently fast, secure and reliable? Does it allow torrenting and streaming Netflix? Is the VPN really worth the price?

The pros and cons above are just a few highlights of what ExpressVPN is. Now let us discuss this best VPN services in detail so you can decide if it is right for your online activity. Before we provide answers to these questions, let us consider some ExpressVPN pros and

Before we provide answers to these questions, let us consider some ExpressVPN pros and cons:

One of the Fastest VPNs

Possibly ExpressVPN’s most important strength is its fast download and upload speeds. It is also a very reliable VPN with impressive connectivity, whether you are on the other side of the world or you’re connecting to a local server. Even in countries like China with high censorship, ExpressVPN is extremely fast and responsive, allowing you access to major apps and webs services that are otherwise inaccessible. This is especially exciting because most VPN services struggle to connect in countries where online activity is heavily censored.

We observed a speed loss of 11% when connected to ExpressVPN.

Where ExpressVPN really stands out from most of its competitors is in their vast server network, as it allows users change or hide their IP easily. With more than 3,000 servers running in every continent across the world (excluding Antarctica), only two or three other top tier VPN services can rival ExpressVPN in terms of their wide selection of servers. No matter where you are, chances are that ExpressVPN has the server you need. What’s more, you will even find a list of the VPN security protocols available for every location.

Thanks to ExpressVPN’s commitment to devote significant resources to evading censors, the VPN bypasses the Great Firewall of China with ease. This is why ExpressVPN is our top pick for China.

ExpressVPN’s unique obfuscation technology is activated once your protocol selection is switched to ‘Automatic’. The Automatic setting is very effective in beating strong online censors. No matter how aggressive the blocks are in China, Turkey, Iran, and Saudi Arabia,

ExpressVPN is a truly secure VPN service, with a range of VPN protocols and standards to ensure your privacy and security. If you turn the VPN protocol to Automatic, the app will determine the best VPN protocol to switch to – an amazing feature that only a few VPN services have.

AES-256 encryption is widely regarded as an impenetrable encryption method, while OpenVPN, the best protocol today, is one of the available options. Other features include the VPN kill switch that protects you in the event of a connection drop, split tunneling that protects your web traffic while giving you access to devices connected to your network, and protection against IP or DNS leaks.

Recently, ExpressVPN launched TrustedServer – a proprietary feature that eliminates the need for local storage like solid state drives and hard disks. ExpressVPN is truly an industry leader in terms of privacy and security.

As Netflix’s security procedures continue to advance, finding VPN providers that can unblock the streaming service has become increasingly difficult. The first thing I did after setting up my service with ExpressVPN was to confirm if the Netflix compatibility worked as they advertised. I soon discovered that most ExpressVPN UK servers easily unlock BBC iPlayer (for those outside the UK), and its Isle of Man and Jersey servers work really well with UK Netflix. However, not all ExpressVPN servers work with Netflix, so you’d likely experience a few proxy errors when trying to stream with non-US servers.

Not every VPN supports torrenting, so this is a big plus for many users. While some VPN services have released statements that they do not allow torrenting, ExpressVPN literally encourages it. Its fast uploading and downloading speeds are key to a great torrenting and P2P experience. Security-wise, the kill switch in ExpressVPN works really well, and further testing showed there were no IP or DNS leaks. What’s more, ExpressVPN does not monitor user activity or keep any activity logs.

ExpressVPN does not store any logs that can be used to trace your online activity or personally identify you. The information ExpressVPN collects are as follows:

ExpressVPN maintains that these logs are the minimum amount of information they need to ensure their servers continue to perform as strongly as possible. You can rest assured that the data cannot be used to personally identify you, or your online travels. This is just as close to a no-logs VPN as you can get.

An independent report conducted by the Center for Democracy and Technology (CDT) in 2018 thoroughly screened ExpressVPN, and arrived at the conclusion that its VPN servers were “extremely difficult to compromise”. In 2017, ExpressVPN’s logging policy was tested when one of the VPN’s Turkish VPN servers was seized by Turkish law enforcement agents investigating the assassination of Andrei Karlov, the Russian ambassador to Turkey. In the end, the Turkish authorities found nothing connected to customer logs.

ExpressVPN was founded by Express VPN International Ltd. – a company based in the British Virgin Islands and out of the reach of the privacy-intrusive surveillance of the 14-eyes alliance. This location is ideal for a VPN service that prioritizes the privacy of its users, as the British Virgin Islands is a sovereign territory with its own data laws.

Though foreign governments can still request information, ExpressVPN does not even have any personally identifiable data to provide in the first place.

Incredibly Easy to Setup and Use

It is hard to go wrong while setting up ExpressVPN, whether it is with the main desktop client or any of its browser extensions and native apps. The ExpressVPN home screen features a big on/off button and a number of VPN servers, but if you want to customize the app to your taste, the advanced settings are just behind a separate menu. Even the advanced options are clearly explained so you do not effect changes without understanding what you’re doing.

ExpressVPN works well with just about any device or operating system, including MacOS, Android, iOS, and Windows. The VPN has guides for each platform to make it easy for you to setup your device. Where there is no custom VPN app, ExpressVPN provides a guide on the website that walks you through a workaround for your device.

ExpressVPN has a responsive and friendly live chat service that is available 24/7, which means that you can always get support whenever you experience any problem. ExpressVPN is one of the most customer-centric VPN services today, with the support team doing everything possible to ensure users are happy. You can contact ExpressVPN’s customer service via email, and rest assured you’d receive very helpful responses.

All ExpressVPN plans have the same features, so it is left to you to decide how much you would be willing to pay upfront. As with many VPN services, the longer your subscription plan, the cheaper the cost per month. For instance, a month’s plan on ExpressVPN costs £10.18/month, but the 12-month plan costs £6.54/month , which is around 35% saving on the monthly plan.

ExpressVPN offers its users a 30-day money-back guarantee when they sign up. During our review, we discovered that ExpressVPN quickly grants refunds without asking any questions. Though there is no free trial for first time users, you can make the most of the money-back guarantee. They also have the ‘Refer a Friend’ program which gives you 30 days’ worth of subscription if you are able to convince a friend to sign up – and you can refer as many friends as possible.