The internet is an unsafe place. Predators lurk in every corner. Even peers cannot be trusted. As the digital age rumbles on, the internet is becoming more of a necessity for kids, even as it becomes even more dangerous for them. 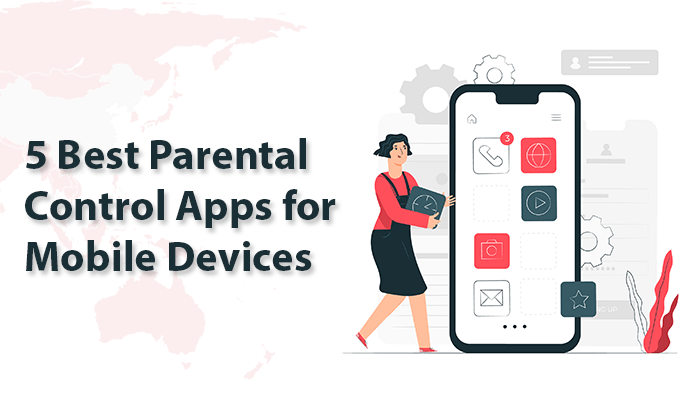 One of your primary responsibilities as a parent involves keeping your kids safe. To achieve this goal, it’s important that you set boundaries to what they can do in different aspects of life. Although keeping an eye on them in the worldwide web is complicated, a number of parental control apps exist to make your task much lighter.

The best parental control apps allow you block access to particular websites or apps, track what your child does online as well as their physical location, and limit how much time they can spend online.

These apps help you ensure that your child isn’t consuming content that endangers their lives.

Caution: Parental control apps work best as part of a wider plan to help your kid learn responsible online behavior. It is not a magic wand. Discuss with your kids. Teach them the dangers of the online space. And let them know why you’re watching them.

How to Select the Best Parental Control App for Mobile

To identify the best parental control apps for your android or iPhone device, you must first identify what you hope to get out of the app. For the most part, this will depend on the age of your kids and how dependable they are.

If you’ve got kids not yet in their teenage years, you’d likely want to block every objectionable website from their device. Teenagers, however, may be given more leeway. You may allow them decide which websites they want to view, trusting them to use their trained judgment. Still, you may want to keep a history of their activities, and check out who they talk to online and where they spend their time.

Although the number of parental control apps on the market have been growing each day, there’s still a lot lacking in most apps. It’s important that your selected app gives you everything you need, allowing you to both track and set up activities for your kids.

Whichever your case, when selecting the best parental control apps for phones and tablets, you should consider the following features:

Here’s our top three VPNs of Best VPN For Mobile:

Few apps are as comfortable working in the iOS and Mac terrain as Qustodio, which is why it is our top parental control app. Qustodio has a user-friendly interface that makes setting up your desired controls super easy.

The app allows you set time limits for devices as well as apps. App blocking works across both devices, although you’re limited to just 12 apps on iOS as against everything on Android. Location tracking and geofencing also work perfectly on either device, and a new “Family Locator” feature shows all of your kids’ location at once. Interestingly, web filtering seems to work a little better on iOS than Android.

Unfortunately, Qustodio is quite expensive to purchase, costing even more to increase the number of permitted devices. Likewise, while it does track texts and calls on Android, it fails to do same on iOS devices.

Norton is a fairly big name in the internet security space. It’s no surprise, then, that Norton Family is easily one of the best parental control apps for android. It offers features and customizations that fit the bill for almost every need.

Norton Family works on both iOS and Android, offering time scheduling, web filtering, location tracking, and monitoring capabilities on both devices. However, it struggles with text/call monitoring and app management on iOS.

Other limitations of Norton Family include the lack of geofencing, faulty time restrictions which seem to work on only Android devices, and a poor social media tracking feature.

Still, the ease of setup of the device, its ease of use, and its ability to let you track your kid’s activities over multiple devices make it hugely attractive. And while it’s a little pricey, Norton Family doesn’t place a limit on the number of devices for which it can be used. This makes it ideal for tracking multiple kids at once.

OurPact boasts a really impressive design that makes using it easy to get to grips with. It allows you limit internet access, schedule screen time, block apps or games, and filter out particular websites on your kids’ devices.

The app lets you track your children when they’re not with you. And with the geofencing feature, you will be alerted when they leave designated safe zones. As part of its app management feature, you receive alerts when new apps are installed.

Before it was expelled from the App Store by Apple in 2019, OurPact worked flawlessly on iOS to block apps, track location, set time limits, and schedule activities. Although it has been reinstated into the App Store, it has lost some of these abilities for iOS. But it still works great on Android.

Very much a bargain app among the best parental control apps, Kaspersky allows you monitor your kids monitor your kid’s activities on their mobile, as well as their Windows or Mac PCs. Its free plan allows you filter websites, block or manage other apps, and set time screen time limits.

On both Android and iOS, Kaspersky’s location tracking features work perfectly. Other features like geofencing, device scheduling, and web monitoring work very well on both operating systems. Unfortunately, you should note that, overall, the app works best when used on Android and Windows.

For iOS and Mac, it is still very much iffy. For instance, while app management works great on Android, the iOS app is limited in that regard. The iOS client also struggles unsuccessfully to monitor calls and texts. Similarly, an impressive new feature that blocks particular YouTube searches on Android and Windows, don’t work fine on iOS and Mac.

Still, if your kid runs an Android app, or you don’t think you’d be needing the missing iOS features, Kaspersky is a great app for your use.

If you are in need of a parental control app for Android, you can certainly take a look at the one app on this list that specializes in Android controls. However, it isn’t top of the list for a reason.

ESET Parental Control works great for app management, time management, location tracking, and geofencing. The first two features can be gotten for free, and the latter two after a subscription. It also has an interesting feature that lets kids send SOS messages to designated numbers at a single tap.

Unfortunately, this isn’t an app to consider if you’re looking for a parental control app that lets you track or block messages and calls. Its user interface will also take some getting used to as it is quite confusing at first glance.